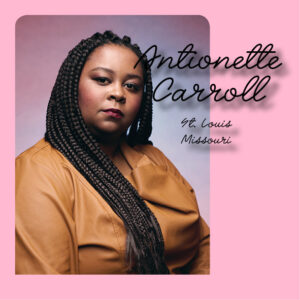 Within her almost 10 years of volunteer leadership, Antionette was named the Founding Chair of the Diversity and Inclusion Task Force of AIGA: The Professional Association of Design. She’s a former AIGA National Board Director and Chair Emerita of the Task Force. During her tenure, she founded and launched several initiatives, including the Design Census Program with Google, Racial Justice by Design Initiative, Diversity and Inclusion Residency, and national Design for Inclusivity Summit with Microsoft. Additionally, she’s the co-founder of the Design + Diversity Conference and Fellowship and an active member of Adobe’s Design Circle.

Get a glimpse into the practices and realities of three designers based in Ivory Coast and South Africa in these microlectures, followed by a Q&A moderated by MFA in Graphic Design faculty co-chair Sereina Rothenberger.

Jamal Nxedlana (b. 1985, Durban; lives Johannesburg, South Africa) is a visual artist and cultural organizer. He is in the unique position of being both a cultural producer and the founder of a number of independent organizations which support the South African arts community. His photography and images are rooted in Afrosurrealism and explore themes of race, identity, popular culture, and mass production. He is the founder of Bubblegum Club, a cultural organization and digital platform which curates and celebrates new pop culture. He is also a founding member of the artistic collective CUSS Group. Over the last decade, this Johannesburg-based collective has explored the hybrid culture of post-post-colonial South Africa. Nxedlana’s images were recently featured in The New Black Vanguard, a book and exhibition addressing the radical transformation taking place in fashion and art today.

Malick Kebe dreams of putting Abidjan on the map. Through the lens of his iPhone and thanks to his unique vision, he created a universe that he perfectly masters, mixing modernity into his African origins. Malick has shared his works via his Instagram account @from_abidjan and is considered an influencer in West Africa. Through this channel Apple contacted him and published some of his work through #shotoniphone. This collaboration pushed “From Abidjan” to the front of the scene by allowing him to exhibit his photographs in Atlanta, Paris, Abidjan, and Zanzibar. In July 2019, Malick won the first Mobile Photography Award from PHmuseum, in the “Fashion” category. Between Abidjan and the rest of the world, there is only one step. This is what Malick advocates through his achievements.

Ngadi Smart is a Sierra Leonean visual artist based between Abidjan, Côte d’Ivoire, and London, UK. She works in the mediums of illustration, collage, and photography. Her work is usually motivated by the representation of minorities and cultural identity, as well as themes on feminism and gender roles. She likes to deconstruct mainstream society’s preconceived views of what the definitions of “normal,” “beautiful,” and “right” are. She has illustrated for The Atlantic, OneWorld Magazine, Reportagen Magazine, the UN, and for publishing houses such as Riverhead Books NYC.

Workshop: The Book Cover of My Dreams 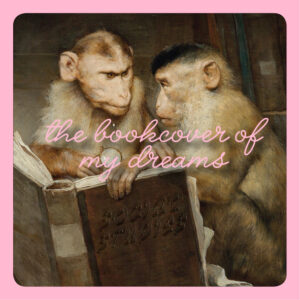 Olivier Lebrun is nothing like the famous hair designer for whom he sometimes receives erroneous internship requests. Olivier Lebrun is a graphic designer, a teacher, a part-time publisher, and an underrated author. In his practice, he mainly focuses on the backs and forths between message and medium, medium and message. He gives lectures and workshops in France and abroad. olivierlebrun.fr / yellow-pages.wtf