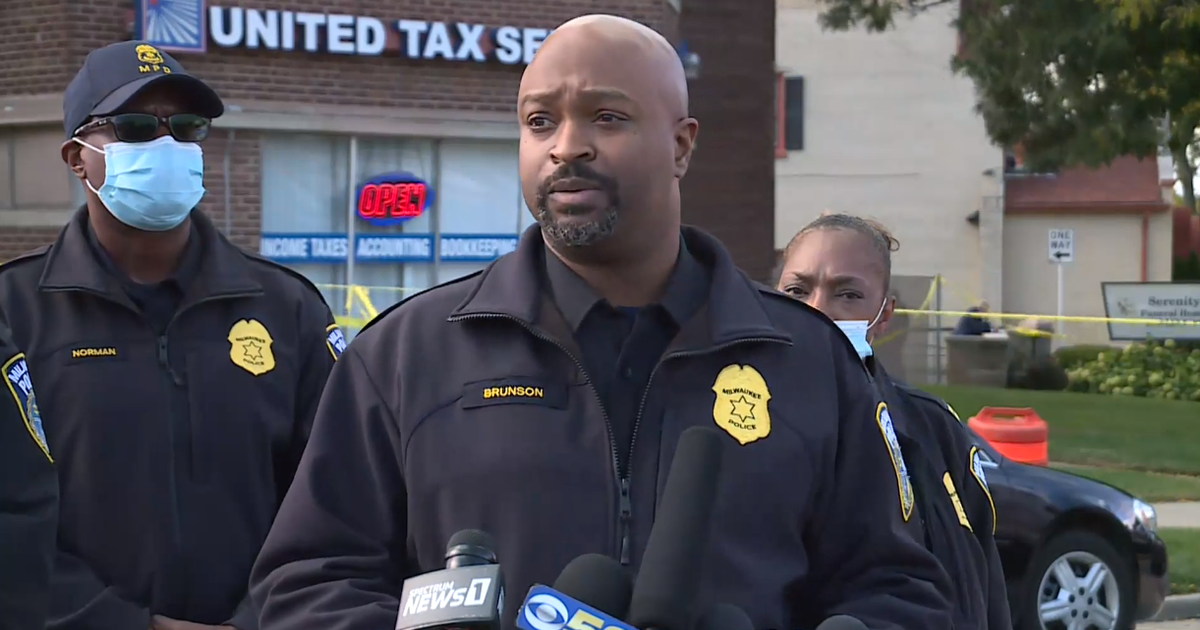 Seven people were wounded in a shooting at a Milwaukee funeral home on Wednesday, CBS affiliate WDJT-TV reports. All seven victims were hospitalized and are in stable condition, according to police.

Attendees of a funeral were gathered outside Serenity Funeral Home when someone opened fire from a vehicle, police said. The victims ranged in age from 20-48 years old.

According to WDJT, the funeral was for Braxton Taylor, 26, who was shot and killed September 26. Police are looking into whether the shooting was targeted at the funeral, but have no known motive.

Police are searching for an unknown

Fourteen people have been injured in connection with a shooting late on Tuesday outside a funeral home on Chicago’s South Side, police officials said on Tuesday.

Mourners outside a funeral home were fired upon from a passing SUV, said Eric Carter, first deputy superintendent of the Chicago police. Carter said several targets of the shooting returned fire. The SUV later crashed and the occupants fled in several directions. One person of interest has been taken into custody. Carter